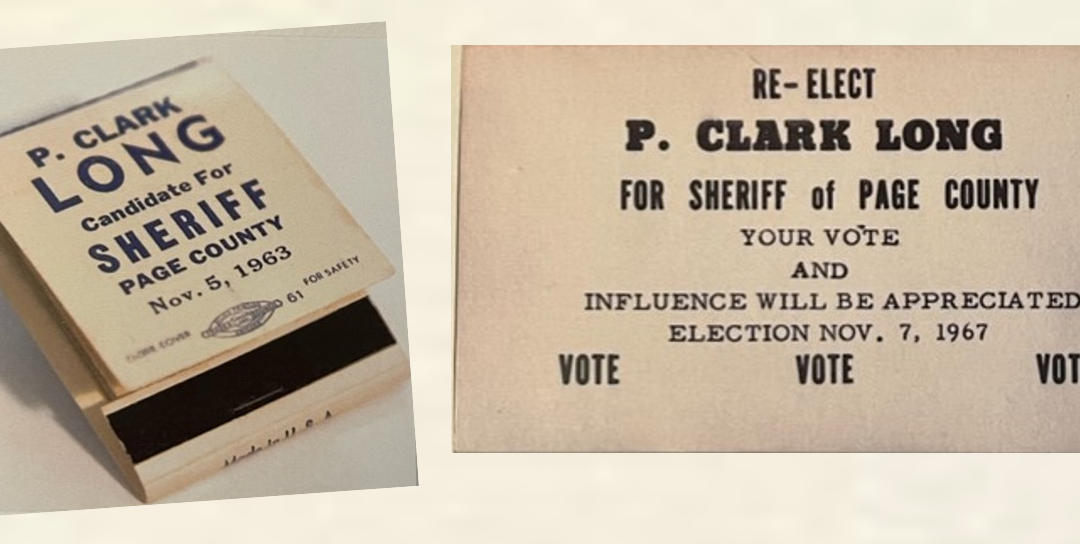 During his re-election campaign in 1967, Sheriff Long published a rebuke in the local paper to his opponent, Kenneth Kerkhoff’s recent rally in Luray, where Kerkhoff promised to furnish the Page County Sheriff’s Office with newly painted vehicles, new uniforms and training for all officers.  His rebuke was an appeal to Page County taxpayers, asking them if they wanted to pay for all of these new things with taxpayer money and “what does [his opponent] intend to do for policing the county while these men are being trained?”  Long lost his re-election to Kerkhoff.