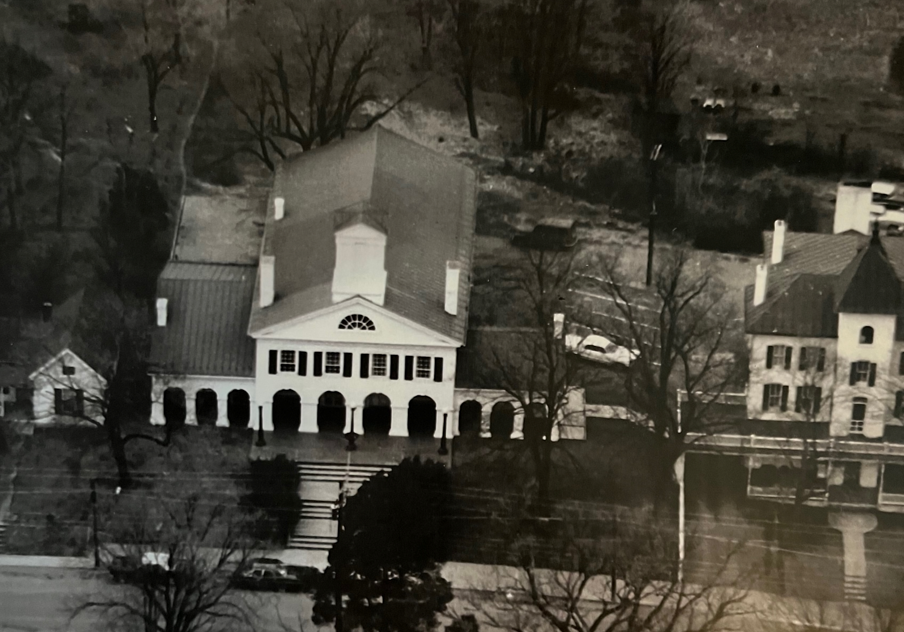 A Roman Revival-style courthouse, the Page County Courthouse was completed on December 23, 1833 at a cost of $6,000.  The building was designed and built by two of Thomas Jefferson’s master builders, Malcolm F. Crawford, carpenter, and William P. Phillips. mason.  For safekeeping, court records were stored in a cave outside Luray during the Civil War.  The courthouse was occupied by both armies.  Photo is estimated to have been taken in the early 1960s.